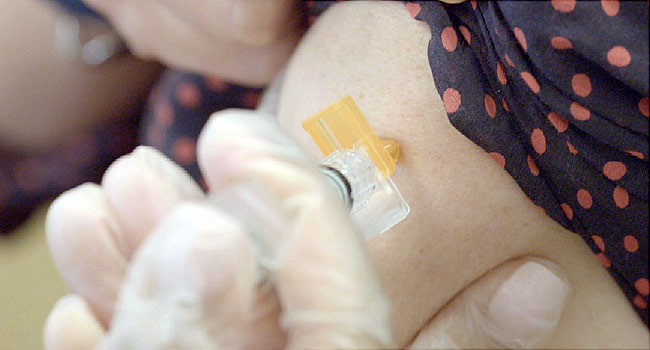 Can You Get The Flu Even After Getting A Flu Shot?

The best way to protect yourself against influenza is to get the flu shot. The Center for Disease Control and Prevention [CDC] recommends the annual seasonal flu vaccine for everyone who is over six months. While getting the flu shot is important, it doesn’t mean that you cannot still contract the flu. Flu vaccination offers protection against the influenza virus, and it’s the most effective way to prevent flu, but you can still get the flu even after getting the flu shot for several reasons that will be discussed below. You can get the flu shot at any emergency room, such as San Antonio Emergency Room at City Base.

A flu shot cannot protect you from other respiratory diseases and its effectiveness depends on a number of factors, including your body’s immune response, timing, etc.

While getting a flu shot does not offer 100% protection from contracting the flu, it is very important to note that YOU CANNOT CONTRACT THE FLU FROM GETTING A FLU SHOT.

Having said that, let’s look at some of the primary ways one can still get the flu even after getting a flu vaccine.

The flu vaccination does not protect against:

A person can still get sick at some point during the flu season with some other different diseases that could be mistaken for flu. Just because you got a flu vaccine, it doesn’t mean that you will not get sick completely. You might have a similar illness that is caused by other viruses that are not necessarily influenza.

Getting your flu shot too early can also increase your chances of getting the flu.  The CDC recommends that adults should get the flu shot by the end of October every year to get the best protection against the flu. If you get your vaccine earlier, for instance, in July or August, your immunity to the influenza virus will be compromised by the end of the flu season, which could increase your chances of getting the flu.

The flu vaccine protects against the specific strain of the flu believed to be causing illnesses during a particular season. Unfortunately, this usually does not provide coverage for all influenza strains, and the flu virus mutates and even changes with each season which is why new vaccines are made and administered each season.  If an influenza strain that causes illness during flu season isn’t included in the vaccine, many people can still get the flu, even if they received a flu shot.

You can also get the flu even after getting a flu shot because you were among the few people who were not fully protected by the shot or because the influenza strain that made you sick wasn’t included in the vaccine. However, you are less likely to experience severe complications from the flu if you did receive a flu shot.

Additionally, it can take up to two weeks to build enough antibodies for protection. That means, if you got a flu vaccine on Monday and come across someone with the flu the following day, you aren’t going to be completely protected from the virus.

According to the Center for Disease Control and Prevention [CDC], any person who is 65 years and above is considered vulnerable to the virus and should get the flu shot every year. Their caretakers should also get the vaccine.

5 Benefits of Vitamins for Your Health and Well Being

What Makes Hemp Flower a Better Alternative Than Marijuana Flower

How Breast Augmentation Can Improve Your Self-Esteem